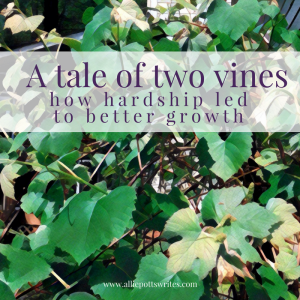 Mary, Mary, quite contrary, how does your garden grow?

Ignoring the fact that my name isn’t Mary, nor do I consider myself contrary (well – at least, not most of the time), my garden may have looked better in prior years, but at least it is back in bloom. Thanks for asking!

A few weeks ago, I wasn’t sure that would be the case.

February and March were rather dramatic months around here weather-wise with temperature fluctuations that were extreme even for North Carolinian standards. One day would be warm enough to turn on the air conditioning and let the kids run outside in their swimsuits – the next day cold enough to pull out the parkas. Is it any wonder then that I fell ill?

I don’t remember asking you Oscar, and really, what part of I was sick last week did you miss? Now, back to my story. Our news reported that much of the commercial plant life was equally confused and budded too early, causing several crops to be considered a total loss after the frost returned, which is a bummer as I always look forward to picking strawberries with my kids in May. Therefore I was delighted to notice green leaves and white flowers on the vines that grow in my backyard (kids there’s hope for us yet).

If you have a garden and a library, you have everything you need – Marcus Tullius Cicero

I’m not sure I completely agree with the statement above, but I appreciate where the thought is coming from. For years now I’ve been growing grapes as well as blackberries, among a few other foodstuffs, but though they grow side by side, the vines are as different as people.

My blackberries, for example, barely needed to be covered in earth before they took off on their own, with several shoots of new vines popping up in other beds independent of my plantings. My grapes, on the other hand, required a little more attention.

The first year we were together, the vines grew, but never produced. The second was more of the same. I considered letting the blackberries take over, but decided to give them one more chance while doing a bit more homework.

“The more help a person has in his garden, the less it belongs to him.” – W. H. Davies

That may be true, but I think, in this case, my plants appreciated the phone-a-friend. I learned that grapevines produce best when pruned while dormant and the weather is still cold. In my area, that means late February.

I remember the first time I clipped away at the vines (which look more branch-like than vine-like at that time of year). I thought to myself how the practice must seem to the plant. Here they were, having barely survived the harshness of winter, they then forced to suffer further as their limbs were hacked away.

During such times, I imagine that if my grapes were people, they might cry at how unfair their life was compared to that of the blackberry. If they were religious fruit, they might also wonder if they were being tested and rage against their gardener. I understand what it must seem like for them, but still, I continue snipping away in the cold of winter year after year, not because of some cruel game, but because I care. I do this so that when summer finally arrives, they will be the best they can be.

“In prosperity, our friends know us; in adversity, we know our friends.” –  John Churton Collins

And when summer does arrive, the situation in my garden is quite different. My blackberries, having produced small clusters of berries in the spring are only shadows of their former glory. Several of the vines, hunched over, touching the ground under the weight their leaves, as small as they are, are more brown than green and most vines will be forced to give away to the next generation of shoots now breaking through the dirt’s surface on either side.

My grapevines, however, will remain strong even under the weight of heavy bunches of fruit. The fruit itself will be protected from the cruel sun by gorgeous full leaves wider than a handspan or two, but not so protected they cannot ripen fully thanks to their vine’s earlier sacrifice. Meanwhile, tendrils of new vines, still growing, will stretch and twist around nearby surfaces, as much the bully in their newfound success as the blackberry once was.

The point is my grapevine should not envy my blackberry for its easy start (as tempting as that might be at the time). The grapevine that experienced and overcame hardship will bear fruit much longer. It will be made stronger in a way the blackberry, by its very nature, will never appreciate nor understand. That grapevine will become capable of withstanding the next extreme with a confidence felt to its roots, returning year after year in steady growth while others might rise quickly only to fall. It’s a lesson, and eventual outcome, I try to keep in mind when dealing with my own hardship or two.

While both plants produce their own delicious fruit in their own season, in terms of success per individual vine, there really is no comparison.