I may have actually stumbled upon the secret to get my toddler to willingly eat more than mac n’ cheese and applesauce at dinner time!

My eldest son spoiled me rotten. As a baby he loved sweet peas, and as a kindergartener one of his favorite meals is chicken nuggets with a strawberries and a side salad. Yes. A side salad. And not just lettuce smeared with ranch dressing. No, he prefers a drizzle of balsamic glaze. I was therefore fully unprepared for the challenge that is my youngest son at meal times.

Greens need not touch his plate. In fact, go ahead and extend that to most other food groups. If the food on his plate wasn’t a complex carb – well he just wasn’t interested. We tried plane sounds. We tried rewards and other bribery such as promising deserts. He sealed his lips tighter than Fort Knox. We tried trickery. He returned the favor by hiding it all in his cheeks and spitting it out later. We told him that if he didn’t eat his dinner he would be sent to time out or even to bed. He chose time out. And I don’t just mean by continuing with attitude. I mean my toddler actually said, in clear English, with a smile on his face, “I wan time out.”

My toddler is now two and a half, which means I only have to live with the terrible twos for another few months. [Then I get the joy of the trying threes! Yippee!!!] As a result, you may believe that he will naturally become more willing to try new things as maturing. Perhaps. But perhaps he requires more incentive to change his behavior. Perhaps we all do. 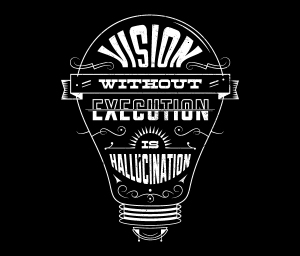 I recently read a post suggesting that everyone should find themselves an accountability partner. I loved the idea and brought it up with my hubby. He and I are both idea people, and idea people tend to make terrible executors if left to their own devices. Not because they don’t want to execute on their original idea, just because there is always a nicer, shinier, new idea just waiting to be developed. I asked him if he’d be willing to start setting a personal goal each week which we’d discuss over Sunday dinner. He agreed to try.

Sunday rolled around and we started discussing what we wanted to accomplish this week. Our kindergartener caught on and wanted to come up with his own goal for the week. Excellent! We agreed that we would all take on one small bite sized goal for the week. If we were all successful at the end of the week as a family, we’d award ourselves with a single star. If we could all earn twenty stars then we’d go on a vacation. Kiddo was sold. He loves winning, no matter what the rules of the game are. Then he asked what his brother’s goal should be. We thought about and agreed that he had to try his food every night this week.

Sunday dinner went smoothly. Monday’s too. Then Tuesday night, toddler stubbornness was back in full effect. I sighed and said, well I guess we aren’t getting a star this week as I tried to figure out my next strategy. Suddenly Kiddo was by his brother’s side cheering his brother along. My toddler may enjoy tests of will against me, but adores his brother above all things and wants to be just like him. His mouth opened and in went the food. The star was saved for another day and there was much rejoicing.

Execution is made easiest when you allow your team to take ownership of the method, and the best incentives are the ones the team comes up with themselves. All the leader is supposed to do is provide a clear vision of where they want to go and then get out of the way while his or her team does what they do best in order to get there. It would seem this is just as true in the house as it is the office.

It has only been a few days, but I am optimistic that my family will be healthier and stronger, or at least better fed, as a result of this experiment. With a little determination and a lot of accountability, the seats around out dinner table on Sundays will soon be filled with champions.

Let the good times roll—even if they are at home. Happy Mardi Gras!

My Tweets
This site contains affiliate links, which means I may receive compensation when you click on a link to a third-party site. I am also a participant in the Amazon Services LLC Associates Program, an affiliate advertising program designed to provide a means to earn fees by linking to Amazon.com and affiliated sites.
Loading Comments...
Comment
×
%d bloggers like this: