It has taken a bit to adjust to my new working schedule, especially as it pertains to writing for myself. When you find yourself researching and writing articles every day, it can be difficult to will yourself into remaining in your desk chair for an extra hour or two outside of regular business hours. If only the darn book would write itself, I’ve often complained. The story is there – swimming in my head. It’s just getting the words out on paper (or computer screen) that’s the problem.

Why don’t you try Dragon dictation? Some of my author friends have suggested. Once you get used to it, it is amazing how fast you can finish a draft.

Unfortunately, this would require I actually speak my story out loud. This means formulating the words to go along with the images floating around in my head, which is actually the hardest part of the process for me. Not only that, but I know from past personal experience, it isn’t a good idea for me to get into a habit of speaking as if no one can hear me. I tend to forget to turn it back off when I am around others.

Well, as luck might have it, I may just have a workaround soon. Back in April, researchers at MIT announced that they had created a wearable device that can ‘hear’ the words you say in your head, which is also known as subvocalization. The device itself looks like a cross between Google Glass and the headset used by a presentational speaker and picks up the electrical signals you generate when you think about words.

Speaking of Google Glass – Intel is coming up with smart glasses that actually look like regular glasses (source: The Verge).

But even then I am still a mom. Even if I am working in a cone of silence, there is still a good chance that either of my loving children will demand that I stop everything at once so that I might hear how they destroyed a creeper in Minecraft yet again. Did you know that in Minecraft’s creative mode, you can’t die? It’s true. And guess what, it’s still true five minutes later too!

If only I had an invisibility cloak. Oh, wait, that’s almost here too (source http://www.engadget.com).

Of course, then I also still have squeeze my writing in around weekly chores like folding the laundry. Thankfully my kids are now old enough to help out in this task, though they aren’t entirely reliable and often their little bundles have to be refolded before they can be put away. But maybe this won’t be a problem much longer either with the invention of a laundry folding machine Rosie from the Jetson’s might approve of.

Admittedly there isn’t much magic in this machine, but I want one all the same. As far as I am concerned, it creates time, which is a trick indeed.

Although, while I am on the topic of machines taking over time-consuming jobs, I was somewhat troubled to learn that scientists are continuing to hone in on what it is to be creative. In 2016, a computer ‘created’ a Beatles-esq song. Another computer, named “Shelley” has taken a crack at creative writing and is already working on its next anthology (source: livescience). And this was all before Google’s Duplex Assistant came on the scene and started tricking everyone into thinking a computer program was human.

What this means is the clock is ticking for me to finish my current works in progress before I have a whole new level of competition. Therefore it is best if I stop complaining about having no energy to write after work and get my rear back in the seat because science fiction is going to be science fact before you know it. 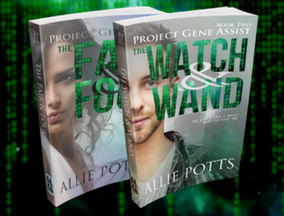 21 thoughts on “When Science Meets Magic – A Technology Round-up”